AMBC’s work day on April 30th will be very different from our typical work party. We have partnered with Comcast and Legacy Parks Foundation to put some of the finishing touches on the first phase of work at Baker Creek. For each volunteer at the work party Comcast is going to donate to Baker Creek Preserve, so be sure to come out and bring friends and family!

We’ll be working from 8am – 2pm. Participants need to bring the standard work day items – gloves, sturdy shoes, and water. We’ll take care of the rest. Lunch will be provided by AMBC and Legacy Parks Foundation.

Day-of registration begins at 7:30am at the AMBC tent, but preregistration is highly recommended — Register online here.

Due to safety concerns stemming from recent wintry weather, we’re moving the upcoming work day at Concord to February 13. See you then! 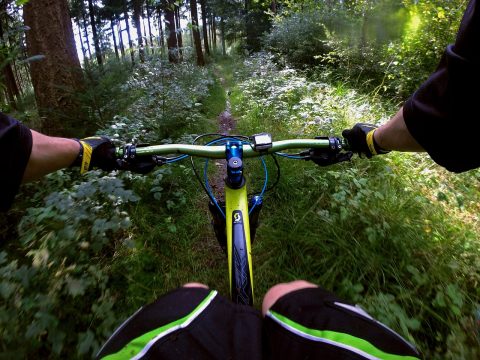 MTBVT.com recently visited Knoxville to check out the trail developments on Sharps Ridge and the Wood Property: